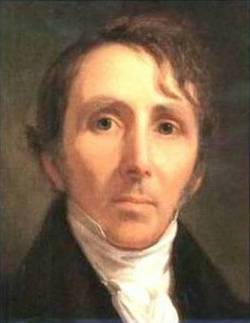 Matilda Sharpe was a member of the congregation of the Unitarian Chapel on Newington Green. She was also the founder of Channing School for girls in Highgate in 1885. She named the school after William Ellery Channing, a New England Unitarian preacher whose writings on education had inspired her. Channing had what we would call today ‘progressive’ ideas on education. He firmly believed that education should involve more than just the delivery of factual knowledge to children. He wrote in 1837 that;

“To educate a man (sic) is to unfold his faculties, to give him the free and full use of his powers”. (Memoir:213)

Unfortunately, he assumed that students would be male, which shows he was a man of his times. More importantly, he also assumed that when a child enters school they already possesses a range of propensities, and that the job of education was to help the child develop them to their fullest potential. Rather than pouring knowledge into a child, education should draw out the child’s potential. William Ellery Channing developed a model school curriculum that would enable children to develop their potential in all different directions. It contained six areas of study:

1) Teaching ‘sound judgement’ based on evidence, not opinion. He hoped this would kindle a ‘thirst for knowledge’ – about facts, presumably.

2) Teaching the known facts about the world via. the ‘physical sciences’. This would help the student understand the material facts that ‘continuously pass by his eyes’. As a result they would also begin to understand themselves and the world around them as knowable phenomena.

3) To ‘train the conscience’ and to instil a ‘high moral aim’. This meant showing the student their ‘true relation to God and their fellow beings’. Channing believed that the ‘idea of perfection’ was the highest moral aim.

4) To train the student to be a good citizen by making them ‘acquainted with our history, government and laws’.

5) To cultivate the ‘imagination and taste’ of the student through the enjoyment of art and literature.

6) To cultivate the students’ ‘powers of expression’ to enable them to articulate their thoughts ‘with clearness and strength’. Channing thought that this would enable the student to ‘exert a moral influence over his fellow creatures’ in later life and bring about a better society.

From this curriculum of studies it is clear that William Ellery Channing put as much store on the spiritual development of students as on their academic achievements. This idea – surprisingly perhaps in a school with high academic standards – has been retained, and valued by generations of staff and students at Channing School.

A century after the founding of Channing School, Mary Saunders, headteacher from 1964 to 1978, quoted William Ellery Channing in her brief history of Channing School. “Whence comes this tendency in human thought towards the Perfect, if man be not born for a progress which can never end?” Her repeated references to Channing’s ideas throughout the pages of her history, shows how powerfully the Unitarian preacher’s ideas had influenced the ethos of the school. The difficulty of combining an academic approach to education with a child-centred approach can often seem impossible, but William Ellery Channing found a way to bring them together in his idea of ‘perfection’, a goal that applied equally to moral as to intellectual development.

For William Ellery Channing ‘perfection’ was to be found in a person’s relationship with God and with other people. In his eyes, children needed guidance to achieve perfection in both these areas of their lives, and although they would probably never attain it, they could always try to make progress on the path to ‘perfection’. Matilda Sharpe gave the school its motto: ‘Conabor’ which translates as “I shall try” and Mary Saunders’ centenary volume was entitled “A Progress” echoing William Ellery Channing’s idea that everyone should strive to make progress towards ‘perfection’. It is as true today – as it was in the late 19th century – that qualifications can help you get on in life, but to enjoy a productive and successful life after school required a set of strong moral values. Channing once described the wider world as ‘the great school of life’. A person had to be well prepared to enjoy the benefits it had to offer.

The school’s ethos was concisely stated by Michael Thornicroft, the chair of governors in 1985: “that girls should be educated to make their lives as rich and useful as possible; that there should be no false or artificial barriers to freedom of thought; that excellence should be the aim in everything we do”. This sentence neatly summarises Channing’s belief that children should be educated to enjoy life’s advantages whilst retaining individual judgement and critical rationality within a strong moral framework.

William Ellery Channing upheld the importance of human reason. As early as 1819 he had formulated his own Unitarian beliefs in a pamphlet entitled “Unitarian Christianity” in which he had promoted the importance of reason within the Christian humanist tradition. His ideal, of joining intellectual development together with moral values, still underpins the schools ethos. A recent publication1 stated that Channing School’s “essential tradition’, was to “nurture the talents of individual pupils in all directions”. This broad educational vision encompasses within the context of a successful contemporary girls school the intellectual, moral and aesthetic aspects of William Ellery Channing’s Unitarian curriculum of 1837. It was because Matilda Sharpe grasped of the importance of motivating children to ‘try’ to make ‘progress’ towards an ideal of ‘perfection’ that the school she founded on William Ellery Channing’s educational philosophy, took root in Highgate and continues to thrive.

The story of Matilda Sharpe