You are here: HomenextBlognextQueering Mary

Mary Wollstonecraft is considered a Queer icon in many ways – and this interpretation of Mary is worth considering further as we celebrate LGBTQ+ History Month this February.

Discussion about Mary’s same sex relationships usually start with her intimate relationship with Fanny Blood, “for whom she contracted a friendship so fervent, as for years to have constituted the ruling passion of her mind”. This description comes from her semi-autobiographical first novel, but as we look at Mary’s history of female “friendships” we see a glimpse of what often happens to women that have ‘romantic friendships‘ or a ‘Boston marriage‘ in Western history, where often love stories do not get chance to be told.

Terry Castle calls this ‘ghosting’— and explains that this phenomenon, “occurs in women’s writing as a textual disavowal displacing and dispersing female-embodied same-sex desire and exchange into culturally available encodings that preserve and deflect their significance”. This could be an interpretation for the “proto-lesbian sub-plot” of Mary: A Fiction, as Claudia Johnson calls it.

Mary’s life played host to many “scandalous” relationships of the time, from her suggested ménage a trois with the artist Henry Fuseli and his wife to the birth of her first child with American Revolutionary soldier Gilbert Imlay outside of wedlock. This was later chronicled by her later husband, William Godwin, after her death to the shock of 18th century audiences.

But in her earlier life, we also see examples of Mary’s passionate relationship with women. Her first close friend, Jane Arden, kept Mary’s letters to her during some time apart in their friendship where they had to resort to correspondence when Mary’s family had moved away from Beverley. Mary cruelly taunts her: “I am a little singular in my thoughts of love and friendship; I must have the first place or none….”. Clare Tomalin, in her fantastic biography of Mary, goes further in explaining Mary’s possessive and all encompassing passion for her close friendship with Jane.

Is it helpful to “out” a historical figure? How do we interpret Mary’s “male coded” behaviour appropriately? Should we tell the story of Mary’s queer identity more often? Jeanna Cadlac explains the power of this to those in society today: “In a time when right-wing nationalism is sweeping the globe, the stakes can feel so high when reclaiming long-dead writers as queer, as trans; when saying, we have always been here”. But what happens when you look at sexualised behaviour after hundreds of years?

I am not a historian of sexuality (if you are – then please get in touch!) but these questions are all in the front of my mind whilst writing and learning more about this part of Mary’s story. I think we can be clear, though, that like every other aspect of her life, Mary was sexually liberated also and even today is held up for her radical thoughts and actions – “the breaching of the lesbian and heterosexual narratives available here by a heroine whose desire remains unclassifiable”. 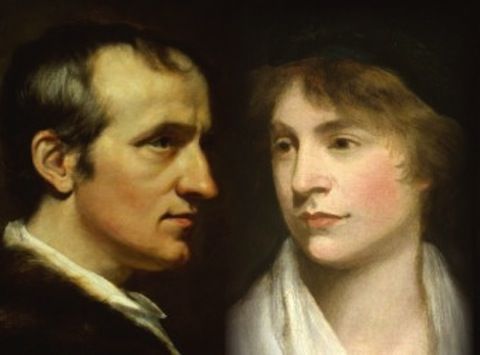